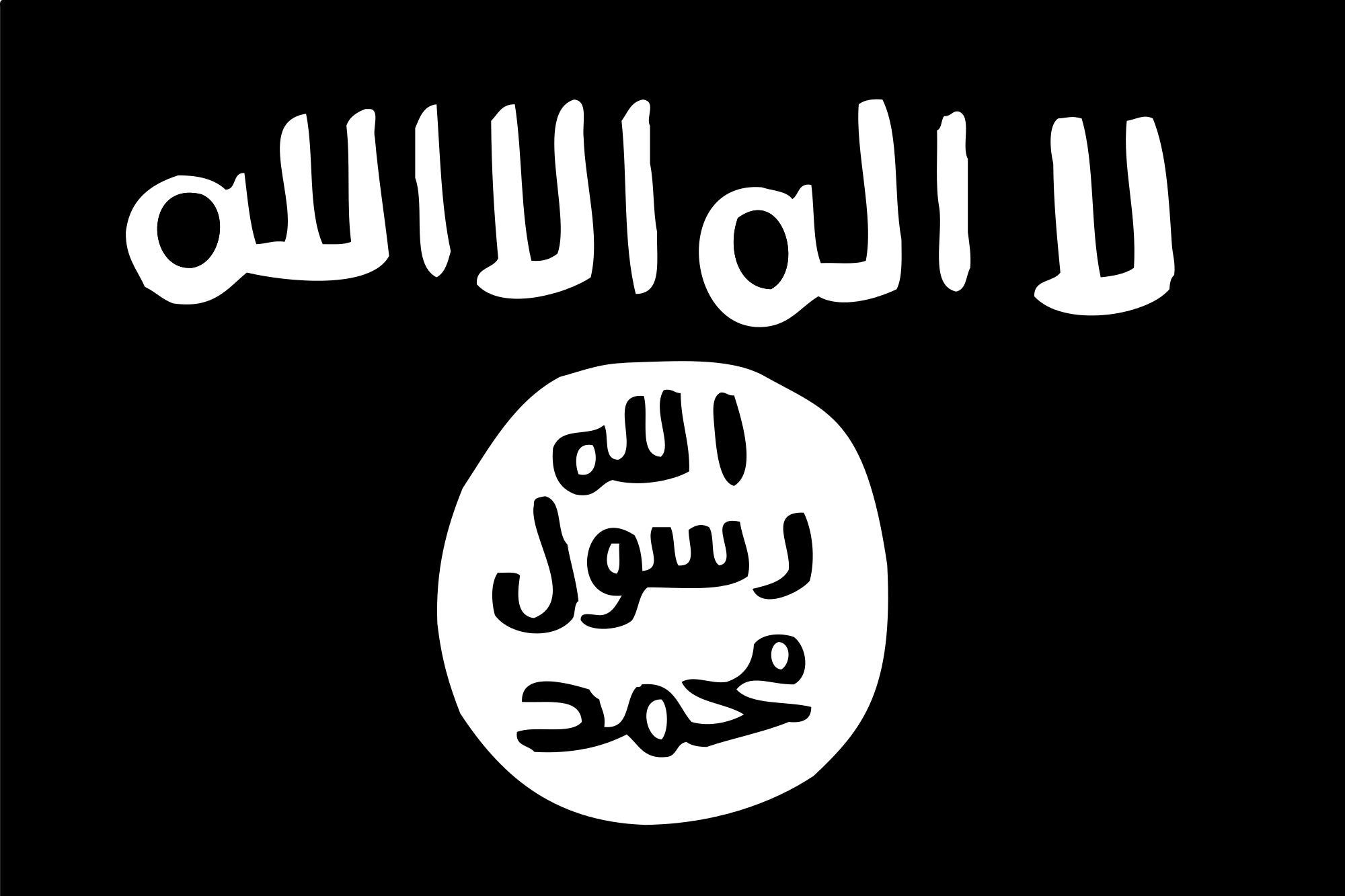 129 people were killed in a series of coordinated terrorist attacks in Paris in November 2015. The targets were carefully chosen to frame common people, youth amusing themselves, concert and football audiences, cafe guests. The Islamic State has claimed responsibility for the mass murders, and what is published to date suggests that this is true. It’s shocking, but no one paying attention can claim that it’s unexpected. Jihadists have long said they will attack European cities, and that they will kill ordinary “infidel” Europeans at their convenience. What exactly is the strategy of the Islamic State? And how can it be fought?

What is jihadist ideology?

The best article I’ve read on the Islamic State is one by Graeme Wood in The Atlantic, entitled What ISIS Really Wants.

Wood is a Canadian journalist who’s been writing for The New Yorker, Business Week and Wall Street Journal, a.o. Currently, Wood is also a corresponding editor of The Atlantic. Graeme Wood has the advantage of actually having met in person and discussed with some of the leading ideologists of ISIS. He also got their feedback on this article. This certainly adds to the weight of his words when he makes suggestions about what they believe and what they want – and what drives them to act as they do.

Wood believes there are at least two important ways in which Westerners often misunderstand jihadism. Firstly, there is a tendency to see jihadism as monolithic, and apply the logic of al-Qaeda as a template when discussing ISIS. Secondly, there is a strong tendency towards denial of the Islamic State’s medieval religious nature. The fact that ISIS appears sophisticated in their use of modern technology and modern symbolism, will lead some to perceive it as an almost post-modern movement. Thus understating to what extent they are actually rooted in Islam theology and Muslim beliefs.

The ISIS ideologists belong to a Sunni Muslim orientation called Salafism, as-Salaf as-Ṣāliḥ. This is a an ultra-orthodox, conservative orientation within Islam. They’re rightly called fundamentalists, as they relate only to the most painfully literalistic variant of Islam. No renewal is tolerated. This also means that all Shia Muslims are considered apostates. Wood writes:

(The Islamic State claims that common Shiite practices, such as worship at the graves of imams and public self-flagellation, have no basis in the Koran or in the example of the Prophet.) That means roughly 200 million Shia are marked for death. So too are the heads of state of every Muslim country, who have elevated man-made law above Sharia by running for office or enforcing laws not made by God.

ISIS belong to the militant jihadist direction among the Salafists, who not only advocates this ideology, but will promote it through jihad, holy war.

The main source of Salafism today is Wahabism, the prevailing Islam variant of Saudi Arabia. With its aggressive missionary activity, including the financing of mosques and Koranic schools worldwide, the oil dictatorship is the foremost promoter of Salafism internationally. But the Islamic State despise the Saudi royalty, and regard them decadent and apostates.

Like certain Christian fundamentalists, followers of ISIS too have notions of the apocalypse, the end times when the final battle between good and evil will be fought. Wood writes:

Of the Islamic State supporters I met, Musa Cerantonio, the Australian, expressed the deepest interest in the apocalypse and how the remaining days of the Islamic State—and the world—might look. Parts of that prediction are original to him, and do not yet have the status of doctrine. But other parts are based on mainstream Sunni sources and appear all over the Islamic State’s propaganda. These include the belief that there will be only 12 legitimate caliphs, and Baghdadi is the eighth; that the armies of Rome will mass to meet the armies of Islam in northern Syria; and that Islam’s final showdown with an anti-Messiah will occur in Jerusalem after a period of renewed Islamic conquest.

In London, Choudary and his students provided detailed descriptions of how the Islamic State must conduct its foreign policy, now that it is a caliphate. It has already taken up what Islamic law refers to as “offensive jihad,” the forcible expansion into countries that are ruled by non-Muslims. “Hitherto, we were just defending ourselves,” Choudary said; without a caliphate, offensive jihad is an inapplicable concept. But the waging of war to expand the caliphate is an essential duty of the caliph.

Now that the caliphate is restored, the jihadists are prepared to wage full-scale war against the infidels, not only in Muslim countries, but also in the «Cesspool of Sin» that is Europe (and the United States, for that matter). And they regard all citizens of the Western world apostates and enemies that can be exterminated or enslaved.

Western politicians constantly claim that “ISIS has nothing to do with Islam», and many Muslim organizations have condemned them for being un-Islamic. And doing so is, quite obviously, reassuring and very understandable. But it’s likely a losing strategy.

The reality is that the Islamic State is Islamic. Very Islamic. Yes, it has attracted psychopaths and adventure seekers, drawn largely from the disaffected populations of the Middle East and Europe. But the religion preached by its most ardent followers derives from coherent and even learned interpretations of Islam.

Virtually every major decision and law promulgated by the Islamic State adheres to what it calls, in its press and pronouncements, and on its billboards, license plates, stationery, and coins, “the Prophetic methodology,” which means following the prophecy and example of Muhammad, in punctilious detail.

Norway is frequently being visited by Salafists belonging to the same theological-political platform as those met by Wood. People like:

At the meetings and conferences organized by IslamNet, they win hundreds, if not thousands of young people for their version of extreme Islam.

(Watch Fahad Qureshi asking the attendees if they were moderate Muslims and whether they supported stoning for adultery and other punishments prescribed in the Koran.)

According to Wood, the Salafists he met in London were arguing in a competent and intelligent manner:

They lectured me garrulously and, if one accepts their premises, convincingly. To call them un-Islamic appears, to me, to invite them into an argument that they would win.

As I understand, ISIS and the likes are clearly Muslims, and they’re dogmatic and literalist Muslims as well. That doesn’t mean they are representative of Muslims in general, or that other Muslims should be held accountable for ISIS’ interpretations of Islam. 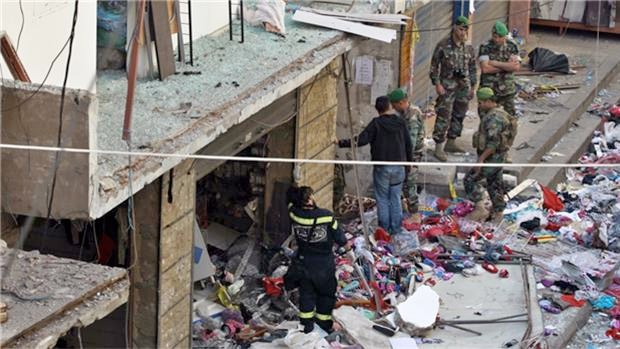 At least 43 people were killed by the ISIS bomb detonations in Bourj el-Barajneh in Beirut on November 13. 2015

The Islamic State leads an asymmetrical war. It can not withstand Russian bombers. But it can send fighters to kill hundreds or thousands of unprotected civilians in Western cities. What they want is both to terrorize us infidels, and to cut a fire break between ordinary Muslims in the West and the rest of the population. They want to create hatred and exclusion of the Muslim minorities, as a means to increasing their own recruitment base. They hardly believe this strategy will win them a majority of Muslims, but they just don’t care. In their eyes, Muslims who do not accept their Salafism are just as infidel as the rest of us, and perhaps worse, since they’re regarded apostates. Like us kafirs, they too deserve to die. The Paris massacres also hit Muslims.

However, they assume that a confrontation would create a sufficient number of fanatical recruits for ISIS to have their needs fulfilled.

ISIS has said that they will restore the caliphate. They have begun. They have secured large areas of Iraq, Syria and Libya. (In Libya, as is known, Norway acted as their air force, while they served as our infantry.) We should assume that they mean to continue as planned.

Unfortunately, there is every reason to assume that Paris was not the last time, but on the contrary, can be regarded the new normal. This will change Europe in ways we hardly want to imagine.

As can be concluded from past experiences, a suicide bomber is not halted by the introduction of a police state. The West has done just about every conceivable mistake if the intention was to prevent the emergence of an apocalyptic and fanatic jihadism.

The most important mistake of course being that the West has created, supported and trained the jihadists ever since Afghanistan and to date. The wars in Afghanistan, Somalia, Iraq, Libya, Syria, Yemen, Chechnya – and indeed also in the Balkans have all helped building up and professionalizing the jihadist groups up to today. Also, we see that the West’s new «failed state» Ukraine use jihadist brigades in their fight against the breakaway groups in the eastern regions. This has all been a deliberate policy by Washington, London and Paris. No progress will be made in the fight against ISIS if one doesn’t take issue with this whole policy of war.

In this sense, Russia’s support for Syria’s war against the jihadists is currently the most positive thing happening in the fight against ISIS. The caliphate is dependent on territory in order to claim status of caliphate.

Domestically, Western leaders have conducted an appeasement policy against extreme Islam. Religious segregation and ghetto formation has been encouraged, financed and organized for. And that’s exactly what we’ve got. One has allowed the Islamists to define the game rules, thus betraying the vast majority of moderate Muslims, many of whom have actually fled just from regimes with a similar ideology.

This has paved the way for the rise of fascist and racist groups involved in developing exactly the type of confrontations ISIS want and need.

Moderate Muslims have been criticizing this policy for years, but have not been listened to. Now it’s about time their criticism is taken seriously and issue is taken with a policy that has only led to strengthening of jihadism, at home as well as abroad.