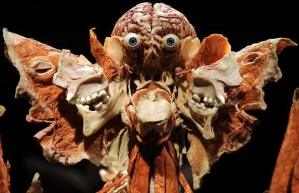 These images show real human bodies, donated by their owners to be prepared and conserved through a method called plastination, first developed by Gunther von Hagens in 1977. The objects serve as scientific displays of the human anatomy, as well as being unique and fascinating pieces of art. Enjoy the images, and please visit the BODY WORLDS website for more info.

The exhibition is visiting NTNU in Trondheim, Norway this summer.

We enjoyed the company of a funny little guy in the woods today. He was a grey-headed woodpecker (Picus canus), and as usual at this time of year he was extremely busy firing his machine gun rounds at an unarmed, elderly tree, so absurdly loud he was probably making veterans within a ten mile radius duck and cover by pure reflexes. Holy power tool, how those birds are not all constantly having a terrible headache, neck cramps and a broken beak, or simply stone cold dead, is beyond our comprehension. But the noise is undoubtly suited to impress, we’ll give him that much. Which was of course the whole purpose; territorial marking. Add that, despite the insane sound level, the adorable little jackhammer weighs no more than about 150 grams, and apparently consists mostly of feathers and floss – and the fact that he can sometimes make the ground shiver around his wooden victim of choice doesn’t exactly become less remarkable. A Master Pecker Supreme.

What should corporate media do about everyone else’s elephant talk on the internet? Everything possible? Or nothing, but rather mind their own elephant?

No shit, Watson. This looks like a cyber variant of a question as old as dirt. Take our poll. 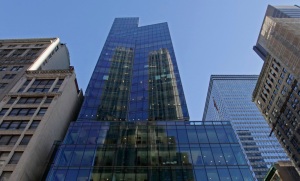 The present elephant talk page contains material which don’t belong elsewhere on AFORDWEB because it’s that kind of elephant talk.

This may include elephant talk from other medias, in which cases the context sometimes may be broken and replaced. Thus, a link to the original page is always included. The quotes may not always make sense even in their original context. It also contains excerpts with shortcuts to some elephant talk which is part of AFORDWEB’s regular blog stream – REPORTS FROM RECKLESS BEACH, as exemplified by the above announcement. Like on the rest of af:ordweb, the content is sometimes written in English, sometimes in Norwegian, and a few times available in both languages. Legal actions against the editor of AFORDWEB related to a state of cunfusion or loss of a deeper meaning in life after exposure to elephant talk, will undoubtedly be dismissed. However, for comfort, always remember that he or she who isn’t permanently confused, is likely misinformed.

The elephant talk page is the most recent addition to AFORDWEB. The page is under development, and will be updated with new content on an irregular basis. Enjoy!